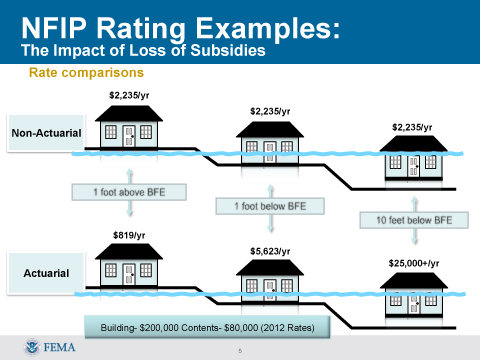 There are several positive factors for choosing a private insurer, the most important being the level of coverage. When compared to the NFIP, private market insurers are able to offer higher limits of coverage (in excess of $250,000) without needing an Excess Flood Insurance policy. The coverage from private flood Insurance companies can even include Replacement Cost on your building and personal property, as well as broader coverage for other structures on your property and the offering of Ordinance and Law coverage. Additional living expense coverage for homeowners and Business Income Expense coverage for commercial properties are also available through private insurers.

In addition to higher coverage limits and offerings, there are also convenience factors that are involved with the private flood insurance companies. For instance, private insurers generally don’t require the 30-day waiting period that is mandated when enrolling in the NFIP. Furthermore, the ability to send out a single adjuster to assess wind and flood damage is also an added value for private market insurance companies that provide Homeowners as well as Flood insurance coverage.

Siding with the Private market for Flood Insurance would be an easy decision for homeowners if it weren’t for the significant risk involved in ditching the NFIP. It is imperative that consumers weigh all the facts, with specific focus on policy details, before changing Flood Insurance carriers. There are many cases where the coverage offered to a homeowner by a private flood insurer is not as broad as their current NFIP policy. In addition, there is no guarantee that a renewal will be offered by private market flood insurance providers. The prospect of being dropped mid-term or non-renewed by a flood insurance company prior to hurricane season is a very scary and very viable possibility when dealing with the private market. The worst part about not having a renewal guaranteed is that there is a 30 day wait to get back into the NFIP and many homeowners would lose the grandfathered or discounted rate that they previously had with the NFIP before opting out. For this reason alone, we advise our clients to take a very cautious approach before leaving the safe confines of the NFIP for the possibility of cheaper premiums through a private flood insurance company. 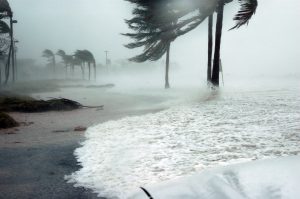 Because of the uncertainty surrounding private flood companies, it is common practice for many mortgage lenders to refuse to accept the private market flood insurance. Lenders are uneasy about private market flood insurance for fear that the insurer may be weakly capitalized and in the case of surplus lines insurers, there is no federal guaranty fund to protect them. Therefore, a catastrophic loss to a region might force a private flood insurance company to leave the market and non-renew all policies, or even worse, leave them unable to pay claims.

While private flood insurance does provoke fear among homeowners and insurance agents alike, there are certain steps that can be taken to ensure that you are making the right decision when deciding to secure an alternative flood insurance policy. Make sure you investigate the financial condition of the insurance company in order to avoid future problems when you need claim support. Additionally, read the policy carefully to find what coverage is afforded and what type of exclusion there may be. We recommend exploring your options with a cautious approach. It is always a good idea to ask your agent the pros and cons of both the NFIP and the Private Flood Insurance quotes that they provide, as well as acquire a complete understanding of the waiver that you may be required to sign if you opt out of the NFIP. The more information you ascertain about your potential insurance company the better position you will be in to make a decision. 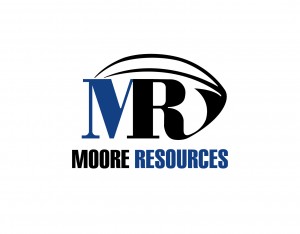