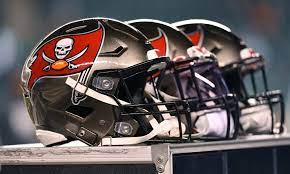 We are eleven days from NFL kickoff, and our Tampa Bay Buccaneers have set their initial 53-man roster. It has been a rollercoaster of an offseason. Bucs fans have endured trades, retirements, unretirements, and injuries. But the season is finally back and the road to the Superbowl begins today. Moore Resources shares the three most surprising moves from cut day below:

Tyler Johnson: Johnson being released was a huge surprise, especially because many viewed him as a guarantee to make the Buccaneers roster. Tyler Johnson had been a reliable wide Receiver for the Buccaneers when he saw regular season action, securing 36 catches for 360 yards. However, he failed to haul in any touchdowns. Johnson had a solid preseason performance but the lack of RedZone conversions forced the coaches to go in another direction. Johnson is expected to land with another team quickly, so he most likely will not be brought back to Tampa’s practice squad. The Buccaneers kept a whopping seven receivers on their roster. Stars Evans, Godwin, Gage, and Jones will be backed up by Scotty Miller, Breshard Perriman, and Special Teamer Jaelon Darden.

Giovanni Bernard: With Ke’Shawn Vaughn and Rookie Rachaad White emerging as solid playmakers behind star running back Leonard Fournette, Giovanni Bernard seemed to find himself on the hot seat at the end of training camp. Many fans know Bernard as a receiving back who serves as a reliable check down for Tom Brady. However, his true skill is pass protection. Bernard consistently served as an extra blocker in the backfield on third downs last year, allowing Brady to have extra time in the pocket. His blocking abilities earned him a spot on the 53-man roster. As Vaughn and White continue to progress, expect Bernard's play time to decrease.

Offensive Line: Many Buccaneers fans expected Jason Licht to add more offensive linemen to the mix during training camp. Free agent stars like JC Tretter and Erek Flowers still haven’t found a landing spot. Hainsey has stepped into the starting center role and held his own for injured Ryan Jensen, but the open guard spot is still a big question mark. Depending on the timetable of Jensen's return, the Buccaneers could still pursue an offensive lineman early in the season.

Moore Resources is very excited for the opening kickoff of the NFL season! Make sure to tune in every Sunday on 98 ROCK to hear our CEO, Dave Moore, alongside Gene Deckerhoff in the Buccaneers Radio Booth!