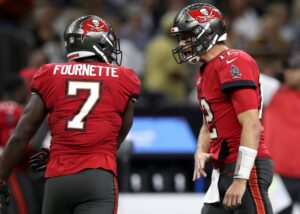 This free agency has been one of the most entertaining to date. The trades have been jaw dropping including NFL Stars like Russel Wilson, Devante Adams, and Khalil Mack! After the dust has settled from the initial blockbuster moves, one thing is certain, the NFC is completely up for grabs and the Buccaneers are in prime position to take it. At Moore Resources we complied our top 3 free agency moves so far by the Buccaneers!

This Buccaneers season is going to be one for the ages! Here at Moore Resources, we can't wait until our guys in Red and Pewter hit the field! Go Bucs!