The amount of privately owned guns in the United States has reached an all-time high, spawning debate over whether regulations and limitations should be placed on firearms in Florida. No matter which side of the fence you fall, we can all agree that safety is crucial when owning and possessing a weapon with such power. According to an Industry Intelligence Report conducted by the NSSF, despite the climbing number of gun owners, unintentional firearm fatalities are actually at an all-time low. Whether this is attributed to better training or individual awareness, this trend is likely to continue due to recent technological advances in the industry. 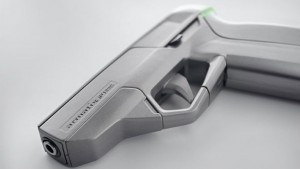 Research, Development & Technology has always played a significant role in the weapons industry. However, now it has taken aim at the safety of a gun owners’ arsenal. A German company has just released the world’s first “smart Pistol”. Recently PC Mag reported the details of this “smart pistol” which is actually called an Armatix iP1 and requires a gunman to wear a radio-controlled wristwatch, enabling communication with the firearm through microchip PIN codes.

So what does this all mean? Basically, as when the gun owner grasps the gun while wearing the wrist watch, it activates the pistol and a green led lights enabling the weapon to fire when the trigger is pulled. However, if the gun is knocked out of the hands of the gun owner, the pistol is automatically disabled. This new development is not only intended to protect the gun from accidental firing but also safeguards a weapon from being used against its rightful owner in the event of a mêlée. Additionally, this same microchip system is designed to act as a tracking device if the pistol is stolen, ultimately adding to its safety value by keeping it out of the hands of criminals. 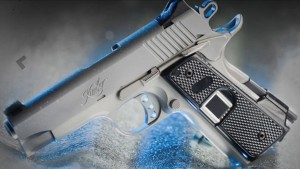 Improving gun safety and control in the private sector is a relief for those who don’t want legislation limiting their constitutionally guaranteed right of gun ownership. While this right is federally protected, our government has also designed proposals to protect both gun owners and society from the misuse of firearms. Most recently, lawmakers in multiple states have Proposed Legislative Acts to require any potential gun owner to purchase and maintain $100,000 in liability insurance as part of the licensing process. While it is always a good idea to be properly insured in case of unexpected liability, this newly proposed legislation would institute required insurance for gun owners, similar to the auto insurance requirements for motor vehicle operation.

Coupling the safety and prevention that new technological innovations create, with the disaster assistance that may be provided in the wake of an accident; we can prospectively continue dwindling gun related misfortunes while protecting our individual rights of ownership.