From Florida to Texas, Gulf Coast communities have applied a tremendous amount pressure on their political representatives to provide relief from the pending flood insurance rate hikes associated with the Biggert Waters Act of 2012. As Many Floridian Homeowner’s are aware, the Biggert Waters Act, or BW-12 as it has become known, was intended to remove the government subsidy provided to flood insurance recipients in low lying regions, thereby raising insurance premiums to support a sinking National Flood Insurance Program. 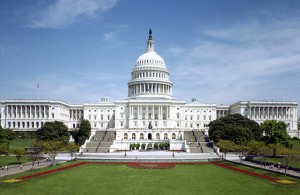 After hearing the outcry of public concern from coastal residents, legislation has culminated in a Senate bill (S. 1846) to delay the 2012 reforms for four years while FEMA ultimately assesses the feasibility of such premium increases. Senate Majority Leader Harry Reid (D-Nev.) filed a motion to end debate on legislation which was approved unanimously. This means that the Senate will vote the week of January 27 to delay scheduled flood insurance rate increases.

Members of both parties have been searching for ways to slow down the pending rate increases which were approved in 2012. Coastal Homeowners around Florida are waiting in anticipation of the outcome for S. 1846, which attempts to provide a four-year delay in implementation and potentially an indefinite postponement.

Groups such as the Association of State Floodplain Managers (ASFPM) have been urging Congress to consider alternatives to the BW-12. ASFPM has provided a written testimony offering twenty recommendations to the House Financial Services Committee. Reference to the affordability of the BW-12 is of primary concern and the testimony clearly states that “the increases far exceed the ability of the property owner to pay”. This echoes the sentiments of many coastal Americans, many of whom have already taken to their local government representative.

With so much uncertainty surrounding the proposed flood reform, we are forced to wait in wonder of future legislation which may grant reprieve for those faced with sky-high rate hikes. In the interim we advise all homeowner’s who carry flood insurance to pay attention to these developments as well as speak with an insurance agent for additional details and potential changes.