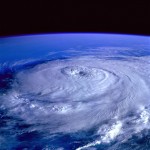 Natural disasters are a deadly reality in the United States and once again Hurricane Season is upon us. Although Hurricanes develop during a consistent season of June through November, Floridians are well aware that being prepared can make all the difference when these disastrous storms strike. Unfortunately, despite the consistent season of susceptibility, studies have shown that coastal residents aren’t taking action to prepare for hurricanes. In fact, of the coastal regions susceptible to hurricane damage, the gulf coast has been identified as the least prepared.

The National Oceanic and Atmospheric Administration (NOAA) has predicted an average to mild hurricane season this year with a calculated likelihood of 8 to 13 named storms. But, hold off on the celebrations, there still may be room for a hurricane party or two. The primary factor which has been cited for the below average season is the wind shear across the tropical Atlantic from an El Nino effect. 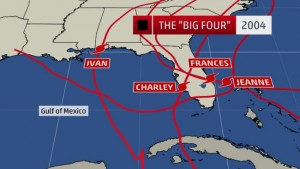 The El Nino effect has been known to cause changes in weather patterns, but before assuming that we are safe from the season of the cyclone, consider the year of the “Big Four”. The year 2004 was a record setting year as it was the first time that four hurricanes affected Florida in one season. The paths of all four hurricanes passed through Polk County in less than a 2-month span. All of this hurricane activity occurred with a similar El Nino in the Pacific. Certainly Polk County residents are hoping to avoid a 10-year reunion.

Whether the experts are correct in their assertion of the number of storms, is beside the point. Even in a calm hurricane season, all it takes is one storm to make landfall for disaster to ensue. For that reason the American Red Cross and the National Weather Service are cautioning coastal homeowners to take preemptive measures to protect themselves and their families this hurricane season. Free checklists and hurricane preparedness information kits are available through the Red Cross website and can be a beneficial resource in the event of a Hurricane. From an insurance standpoint, it is important to ensure that the coverage of your dwelling is adequate. Many people fail to consider recent remodels or market gains that may have affected the value of their home. Keeping your coverage limit concurrent with the replacement cost of your home and personal belongings is a must during hurricane season. 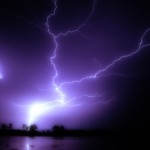 It is also important to understand the limitation of coverage for flooding. Aside from the high winds, severe thunderstorms, and tornadoes; one of the most daunting components of a hurricane is the storm surge. Rising flood water forces coastal residents to evacuate low lying areas and in many cases the surge can result in a total loss for the homeowner. Homeowner’s insurance will not cover a loss caused by flood waters and a separate Flood Insurance policy is required for reimbursement.

Flood Insurance has been a highly regarded topic lately due to the recent legislation aimed at altering the National Flood Insurance Program. All of the political leveraging has culminated in a delay of proposed premium rate hikes while FEMA determines affordability and assesses changes to the current flood zone map. The remapping of low lying areas has many Floridians anxiously waiting to find which zone they will fall into. Some Florida counties are expected to begin the remapping process within the next few months while others won’t finalize the new flood zones until well into next year. Regardless of the pending changes, entering hurricane season without flood insurance or with coverage less than the value of your home is definitely risky business. 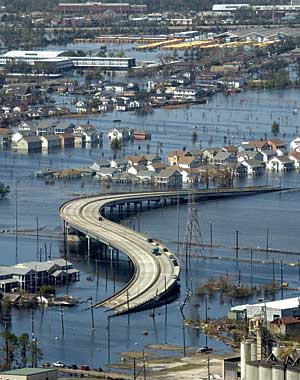 One thing is certain regarding the remapping of flood zones: Mother Nature doesn’t care what the map says. In fact, statistics have shown that 20% of low & moderate flood risk residents have experienced a loss due to flooding. Furthermore, it is important to remember that when a major storm brings coastal flooding many times these low and moderate zones are affected. There is generally a false sense of security associated with homeowners who aren’t required by their mortgage company to carry flood insurance. In part, this is attributed to the associated label of “low risk” zoning and additionally by the existence of federally implemented Disaster Relief programs as a pseudo insurance fallback. The problem with this line of thinking is that many residents fail to realize that the disaster relief programs only provide temporary relief in the form of a loan. Essentially homeowners in receipt of disaster relief payments end up with a monthly debt on their home similar to a second mortgage. It is a gamble whether or not a low or moderate risk home will be affected by a storm surge, however with preferred flood policies starting around $100 for the entire year it is often times a very comfortable blanket of security.

Preferred flood plans are currently offered to residents in Flood Zone X, which is considered low risk zoning. Moore Resources Insurance Agency advises all clients that maintaining flood insurance is important regardless of the flood zone. However, now the remapping process provides the potential for current “low & moderate risk” areas to be converted into mandated flood zones. For this reason, it is wise to consider purchasing a preferred flood plan in order to be “grandfathered” into the cheaper rates in the event that your neighborhood is re-zoned during the upcoming mapping process.

In the unfortunate event that a hurricane directly impacts our Sunshine State, the resulting storm surge can be a scary thought. Aside from reaching the previously mentioned “low-risk” regions, coastal communities are severely impacted with devastation the likely outcome. It is important to have a safety plan in place for all members of the family as well as have consideration of evacuation routes and lodging plans. An overall assessment of personal items is advised, and filming footage of each room in your home is always good practice at the beginning of hurricane season. As suggested, a thorough overview of your homeowners insurance and flood insurance policies is a critical aspect of being prepared.