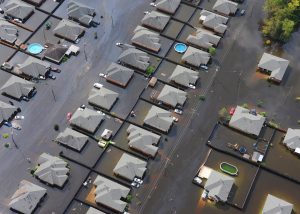 After the onset of The Biggert-Waters Flood Insurance Reform Act of 2012, NFIP subsidies were threatened to be completely removed which many feared would make flood insurance unaffordable in coastal areas. Subsequently, The Homeowner Flood Insurance Affordability Act of 2014 restored grandfathering and put limits on certain rate increases. Nonetheless, there was an influx of interest in securing policies through independent insurance carriers outside of the National Flood Insurance Program. These outside carriers became affectionately known as Private Market Flood providers. Although moving to private flood insurance could potentially provide savings, there was no federal guarantee that claims would be paid or that clients wouldn’t be cancelled. Even without the sponsorship of the federal government, Private Market Flood increased its flood insurance market share.

While the majority of consumers are hesitant to depart the safe confines of FEMA’s federal NFIP, many homeowners are intrigued with the alternate options available. Private Flood companies have since developed web based consumer purchasing options as well as added flood insurance endorsements to standard Homeowner’s Insurance policies. The path to procurement has been altered and flood insurance has consequently developed a large degree of variance. For this reason, it is always advisable for consumers to consult with an insurance agent prior to changing or purchasing flood insurance coverage. The needs of each individual homeowner are different, as are the aspects of their respective home and property. Consulting with an Insurance agent is the best way to learn not only about your different flood insurance options, but also the advantages and drawbacks of each.

The latest trend in flood insurance that many agents have been praising lately is the FloodWrap policy. The FloodWrap is an additional type of Flood Insurance coverage that enables consumers to cover gaps in their current flood insurance policy provided by the NFIP. By purchasing a FloodWrap policy an insured can maintain the federal financial backing of their current FEMA Flood Insurance Policy, while still taking advantage of the added coverage benefits that are offered through the private market. Coverages such as additional living expense, which reimburses clients for maintaining their standard of living while they are displaced due to a loss, can now be obtained through this FloodWrap policy. Additionally, the FloodWrap offers higher limits of insurance as well as coverage for decks, golf carts, trailers, and personal items stored in a basement. 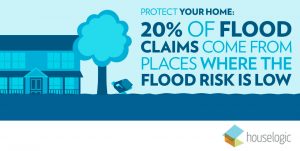 Regardless of home value, many coastal Floridians feel vulnerable to coastal flooding; Rising flood water doesn’t seem too far from the doorstep, especially during hurricane season. For this reason, it’s important to make sure that you have the protection you need. Preferred Flood Insurance policies should never be overlooked and are considered a bargain price starting at less than $200 per year. Just because a home is not located in a high-risk flood zone, doesn’t mean that it can’t be flooded. Since it only takes a few inches of water to cause tens of thousands of dollars in damage, insurance professionals always recommend Preferred Risk Flood Insurance policies. It is a small investment that protects from a big problem. 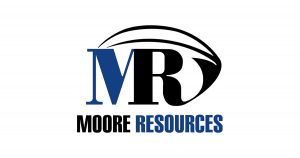